This valley cuts deeply into the limestone plateau of Saint-Christophe-des-Bardes and Saint-Laurent-des-Combes, and runs as far as the River Dordogne on the horizon; it constitutes a characteristic Saint-Emilion landscape.

The long geological history of the formation of these landscapes began 30 million years ago, when the region was covered by a shallow, warm sea. Marine deposits slowly accumulated on the sandy bottom and formed a creamy-coloured sedimentary limestone rich in fossils. As the sea gradually withdraw, the water courses that were to become the River Dordogne and its tributaries, began patiently to erode these layers, resulting in the present-day topology of valleys that cut into the limestone plateau.

After geological time come climate effects. During the last glaciation 18,000 years ago, the sea level was 100 metres (330 feet) lower than today, and the coast was 50 to 100 kilometres (30 to 60 miles) further away. Icebergs drifted the Gulf of Gascony and herds of Saiga antelopes and bison populated the Dordogne valley! At the end of this ice age, the climate became gradually milder and temperate zone vegetation began to flourish. Little by little, Man domesticated nature, dug terraces on the sloped and introduces new plants, including vines that have been cultivated for almost two thousand years in the Saint-Emilion area.

This valley with its terraced vines reflects a living landscape, combining the tradition of Gironde stone buildings with modern contemporary cellars that symbolise the thriving business of this region. 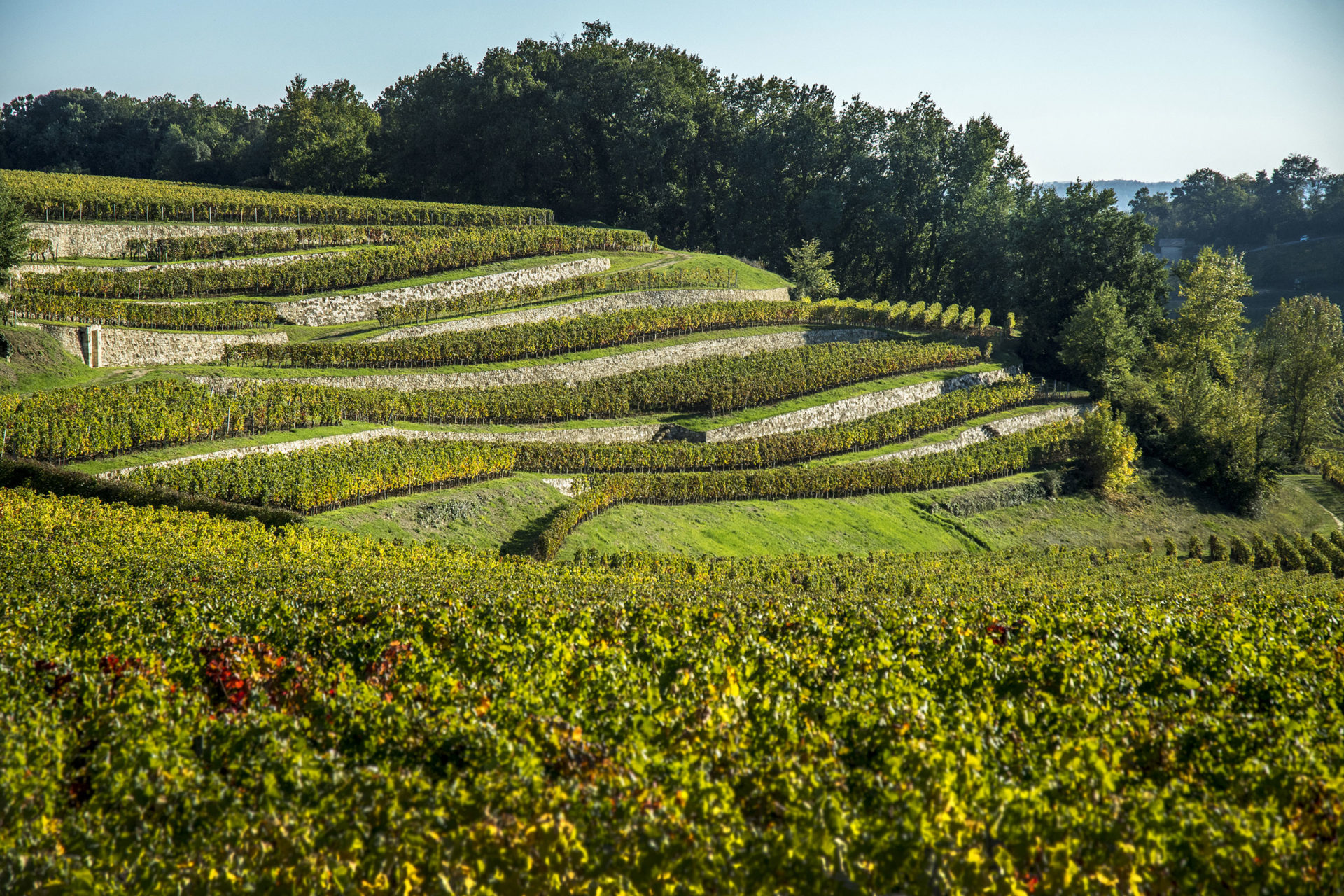