This Romanesque perimeter wall is one of the oldest and best preserved in France? It illustrates the wealth and influence of the Saint-Emilion burghers, whose town saw the second most important in the Bordeaux are during its golden age in the 13th century.

In 1199, Saint-Emilion was the first town to be granted a communal charter, giving the town people certain independence from the canons of the Collegial Church, the Duke of Aquitaine, who was also the King of England, and the Viscount of Castillon. This nascent town led a few decades later to the establishment of the Jurade, to which references was made from 1234, and eventually the Saint-Emilion Jurisdiction, whose borders were defined in 1289.

The northern edge of the town is the best illustration of this distinctive defence wall. Built at the end of the 12th century and the beginning of the 13th, it was made up of the facades of rich middle-class houses, whose owners left demonstrations of their social success for posterity in the stonework. Amongst these, the house known as “Palais Cardinal” with its nicely balanced frontage, its many windows and its finely decorated stonework was probable the most lavish. The two lines oh holes either side of each window are a reminder of a former balcony which enabled occupants to enjoy a view of the nearby countryside.

In times of war, thick planks could be put in place to form a defensive hoarding to protect the wall. On the ground floor, a door that is walled up today, used to open onto the surrounding ditch, through which most of the merchandise stored in the lower levels of the houses must have passed. This would include wine barrels, which at the time already made the town very rich.

Just beside the front of Palais Cardinal, old drawings illustrate the Bourgeois gate, which was demolished at the end of the 19th century when Grands Bans road (today named Guadet road) was widened.

Palais Cardinal and the houses of the Romanesque perimeter wall 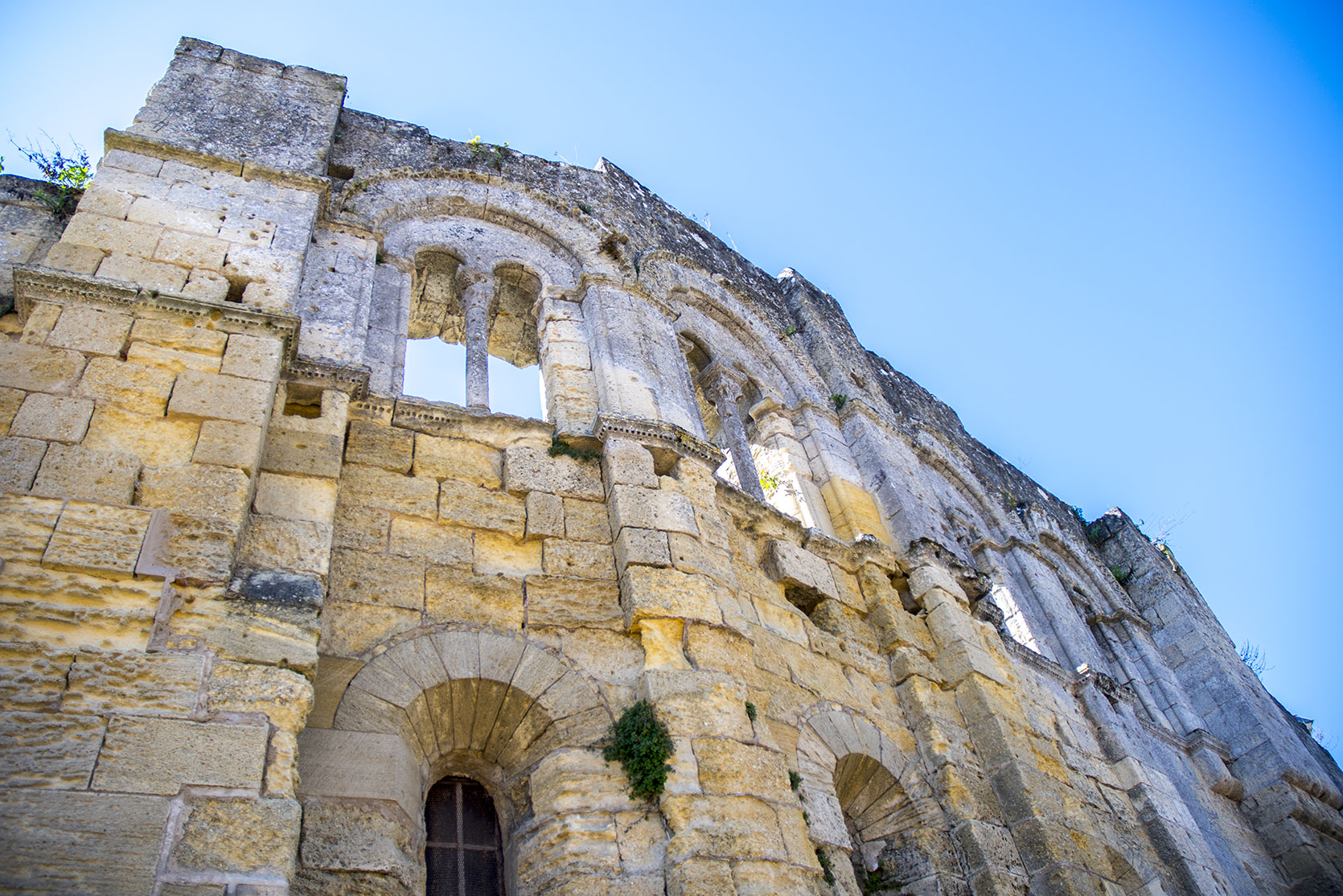