This town was born in the rock, around the memory of a Breton hermit called Emilion who is believed to have arrived to live there in the middle of the 8th century.

At the beginning of the second millennium this cult gave rise to a vast underground sanctuary which was gradually enlarged as the centuries went by. The “Monolith”, as it was nicknamed, was carved out it the 11th century, and represents the main part of this first monastery. Associated with this rock-carved church, the largest in Europe, is an astonishing Rotunda whose light shaft, around which runs a spiral staircase hewn out of the rock, opens out onto the plateau. With this strikingly atypical church and its Breton saint, Saint-Emilion at that time attracted a large number of pilgrims on their way to Santiago-de-Compostela. A commercial quarter soon developed around this first sanctuary, which despite the removal of the monastery to the plateau in the early 12th century with the construction of the Collegial Church, continued to grow.

This is the period in which the bell tower was built above the church. It was originally of modest size with a number of arcades lightening the structure, but the Romanesque bell tower was increased in height at the end of the 15th century in flamboyant Gothic style. As it had not been designed to support such weight, it was reinforced in 1626 by the addiction of a huge corner buttress and the walls of its lower part were doubled in thickness. It became a veritable lighthouse in the middle of a sea of vineyards, and since then has been a stone colossus which, because of its weight, threatens the vaulted roof of the Monolith who pillars had to be reinforced and are now very carefully monitored.

Finally, the sanctuary was completed in the 13th century with the Trinity Chapel, built above a burial crypt which, according to legend, was Emilion’s hermitage.

Apart from the commercial function suggested by its name, Market square was used as a parish cemetery until the Revolution and, frons the 1470’s until 1902, as a square for the Saint-Emilion town hall, located first of all behind and then above the market hall which was rebuilt in the 17th century. 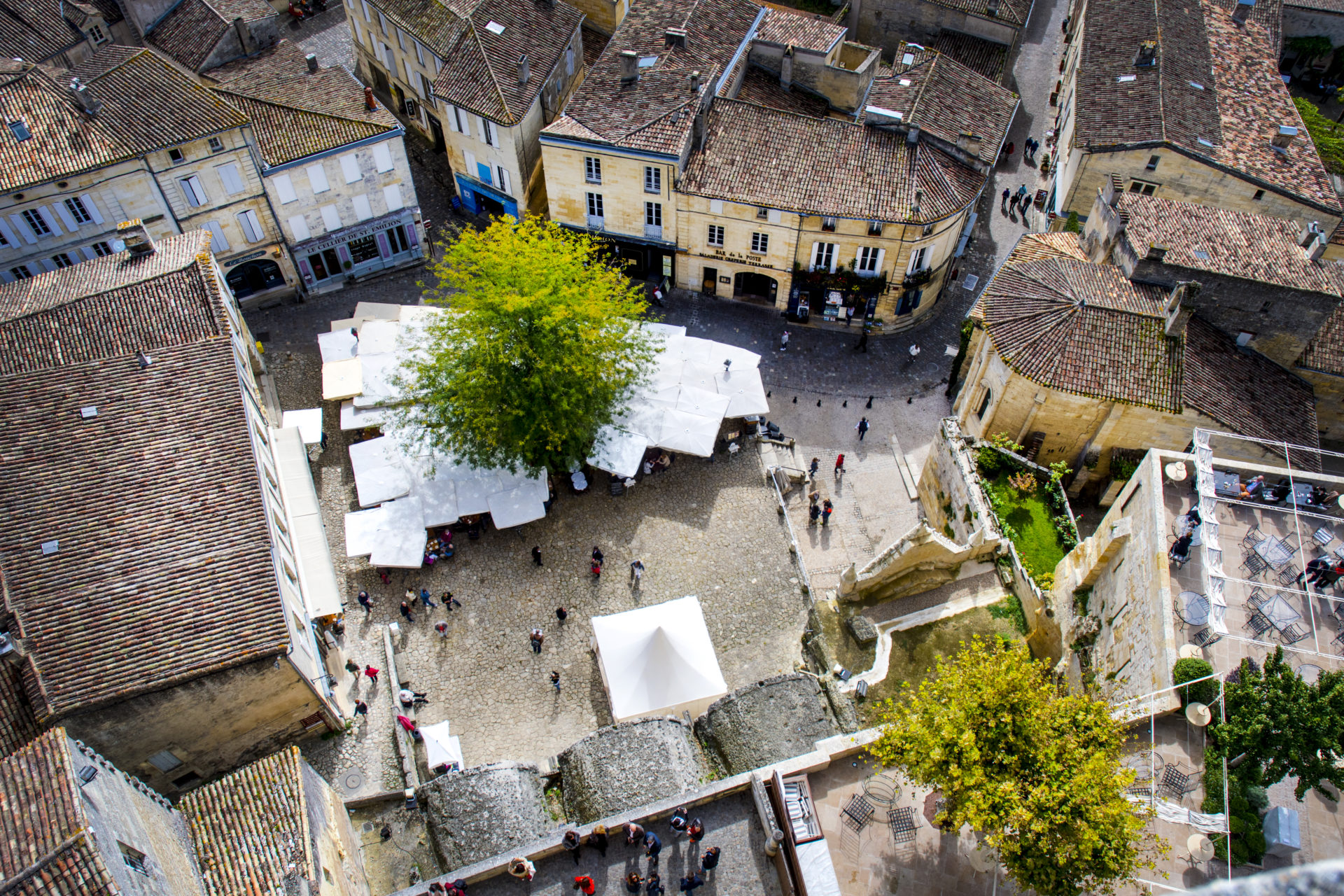