Saint-Sulpice-de-Faleyrens – From the Menhir to Pierrefitte port

Erected almost 4,5000 years ago, the Pierrefitte Menhir, which is reminiscent of a hand, is the most impressive of the prehistoric standing stone in the Saint-Emilion area.

A listed historic monument since 1889, with a height of 5,50 m and a weight of approximately 50 tons, it is the biggest megalith in the south-west France. The closest outcrops of the asteriated (fossil-rich) limestone of which this stone is made are at least 2,5 km away. Transporting and erecting a stone of this size must have been a huge task for the men of the late Neolithic (2,600 to 2,300 BC).

The circular hole carved out in one corner of the menhir, about 70 cm above the ground, is traditionally presented as a recess in which offerings were placed. For a long time the local inhabitants believed that this stone, along with the nearby Saint-Martial fountain, was a source a fertility, prosperity and healing. Many of them would come and pray there, a sign that this ancient site of worship had been Christianised. Stil today, for the summer solstice, on the feast of Saint-John, the Festival of the Menihr pays tribute to this ancestor of the architectural heritage of Saint-Emilion.

The Menhir appears in historical texts from the end of the 11th century under the name of Petrafixa. It was then associated with a tax on salt shipped along the Dordogne and then became a landmark indicating the port of Saint-Emilion, first mentioned in 1255. This “raised stone” was in fact one of the first markers mentioned in 1289 when the boundaries of the Saint-Emilion Jurisdiction were defined: it marks the north-west boundary opposing the land of the bastide of Libourne, which was created twenty years earlier.

Pierrefitte port on the edge of the parishes of Saint-Emilion and Saint-Sulpice-de-Faleyrens, was for a long time the main port in the Jurisdiction through which most of the wine produced in the area was shipped, along with other imported and exported goods. The Dordogne river then gradually moved and now flows 150 meters (500 feet) further south, leaving the menhir standing isolated in the middle of the vineyards.

From the Menhir to Pierrefitte port 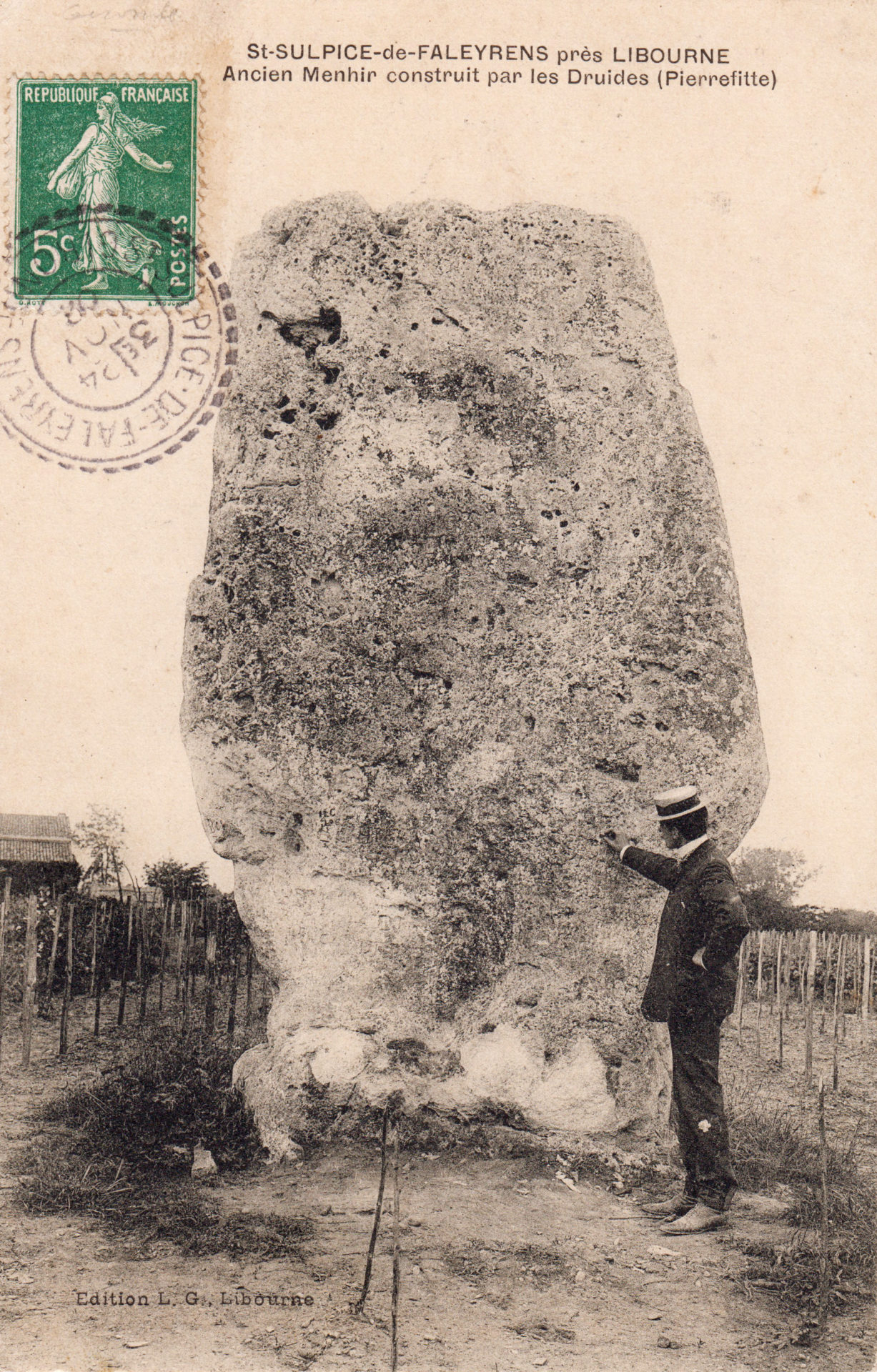 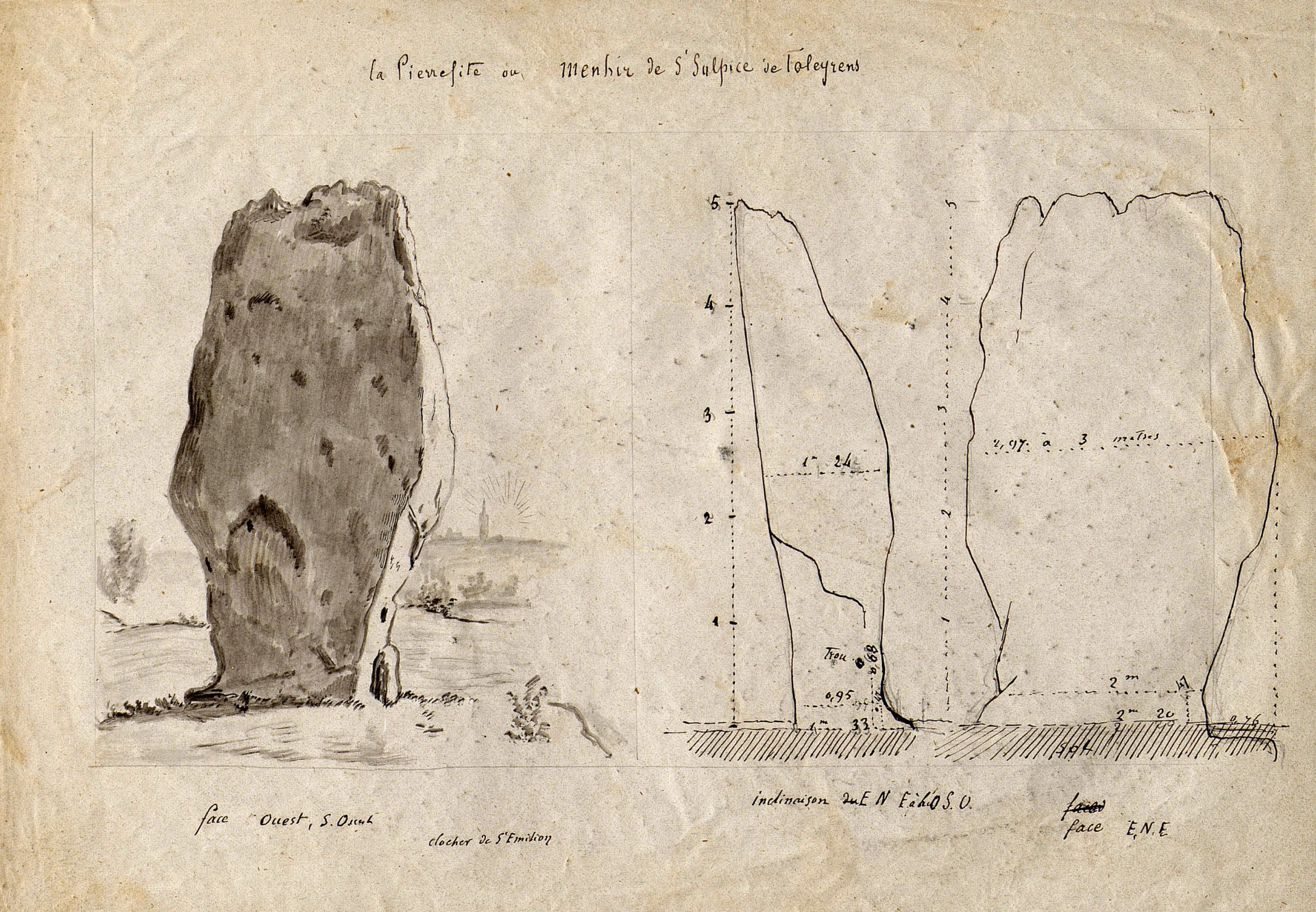 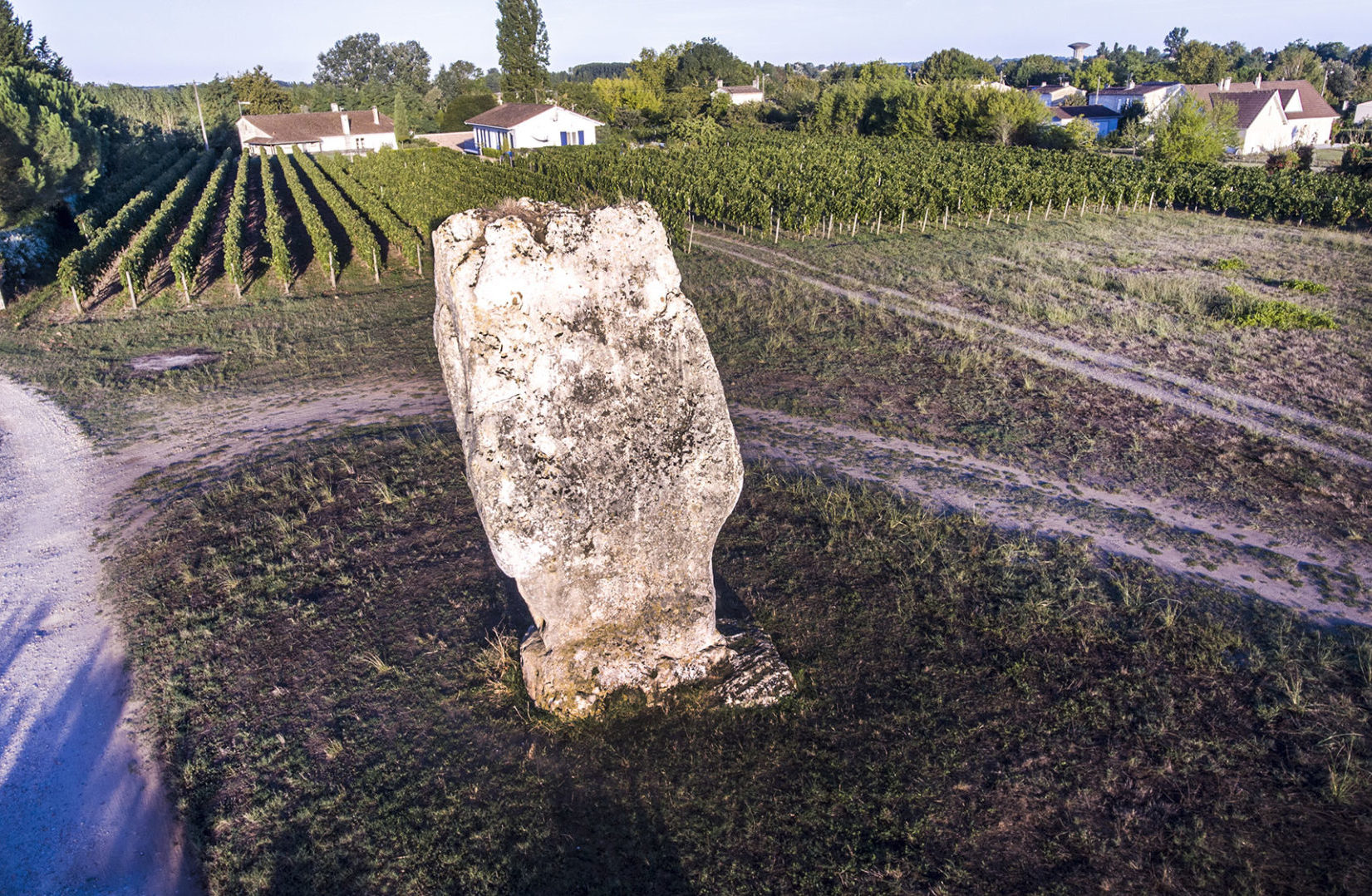