A view of the area before Guadet road was dug out in 1871, shows the slope between the upper and lower parts of the town with vine-planted terraces connected by many small stairways.

During the Middle Ages, Madeleine was a large quarter of Saint-Emilion. Unable to defend it, the Jurade ordered it to be razed around 1340 to prevent a possible attacker taking shelter there. The only building to survive was the small Madeleine chapel, which used to accompany Sainte-Marie church. Remains of the latter’s door and chevet were recently unearthed in an archaeological dig. A large 11th century necropolis surrounded these places of worship; tombs hewn in the rock are still visible on the side of the road. This cemetery, where protestants and others were buried during the Wars of Religion, was used up to the Revolution.

The Villeneuve fort owned by the Lescours land-owning family was erected on the edge of the plateau. It was demolished by the Jurade at the same time as the rest of the Madeleine quarter, then rebuilt in the middle of the 14th century and again during the 16th century, when it was renamed “Château Ausone”. The present building dates back to the 19th century.

The small Fongaban valley below the Madeleine plateau runs to La Gaffalière, where there was a lepers’ colony in the Middle Ages (the old Gascon word for leper was “gaffet”). The remains of a rich Gallo-Roman house with rooms decorated with sumptuous mosaics have also been excavated here. This “Palat” villa (meaning “palace”) has traditionally been attributed to the Latin poet Ausonius, whose name inspired that of the chateau, which overlooks the area.

Saint-Emilion from the Madeleine plateau 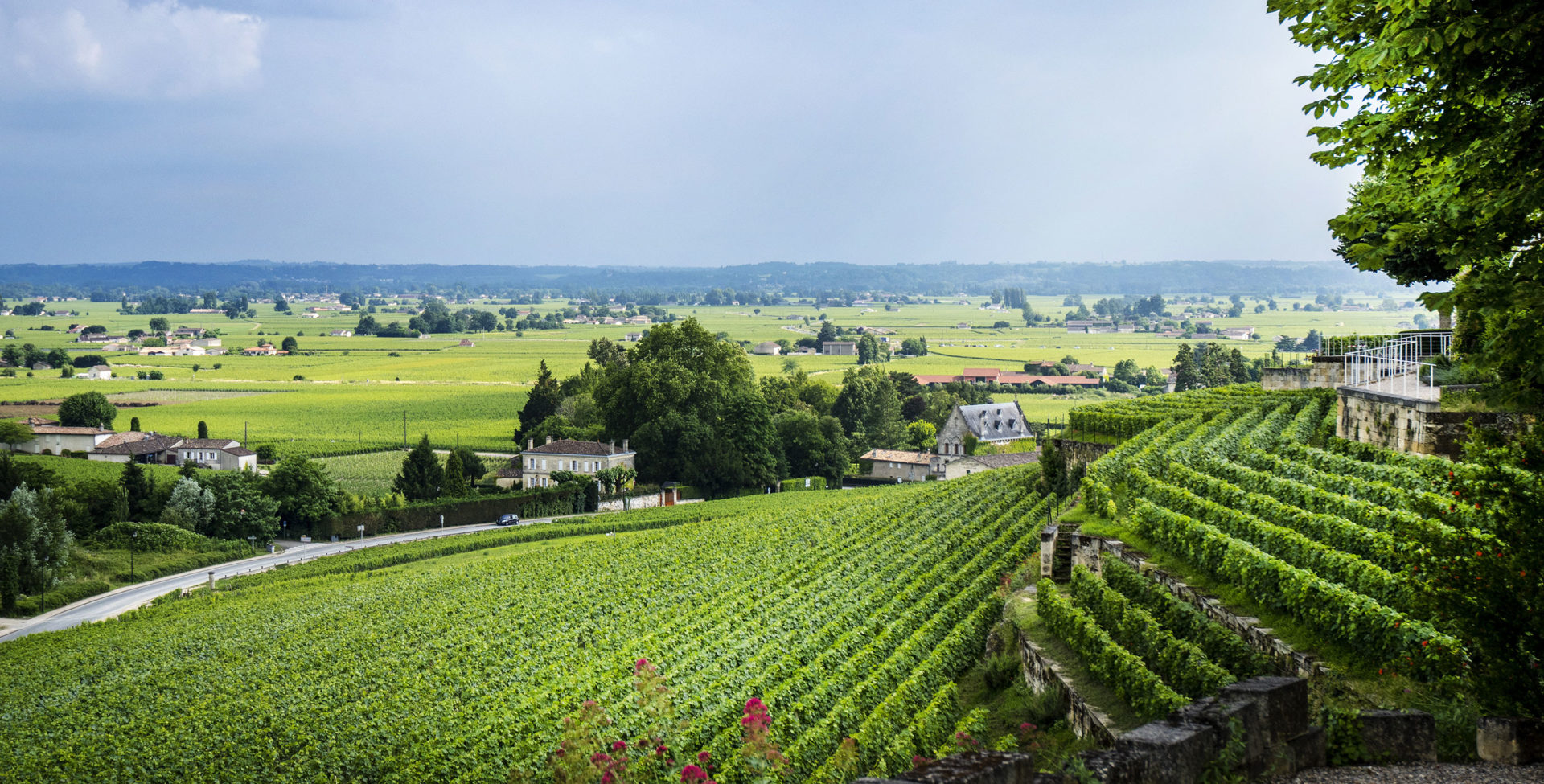